Want to learn how to make a super tasty tagine?  Then book a cookery class at the Riad Star, Marrakech!

One thing we both love is food (and travel of course).  I’m not the greatest cook in the world and I tend to leave all the cooking for Ian (ha ha).  It just so happened that the riad we were staying in Marrakech offered a cookery class.  Fantastic!  What better way to learn about traditional Moroccan food then to learn from a local chef. 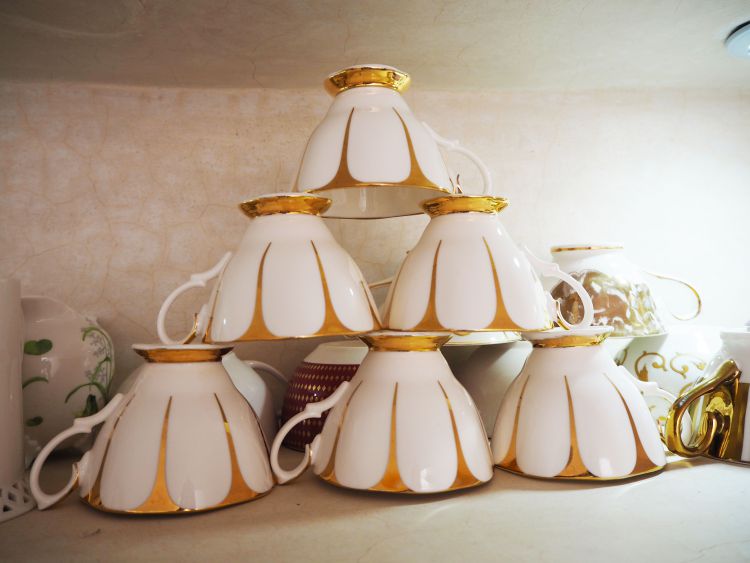 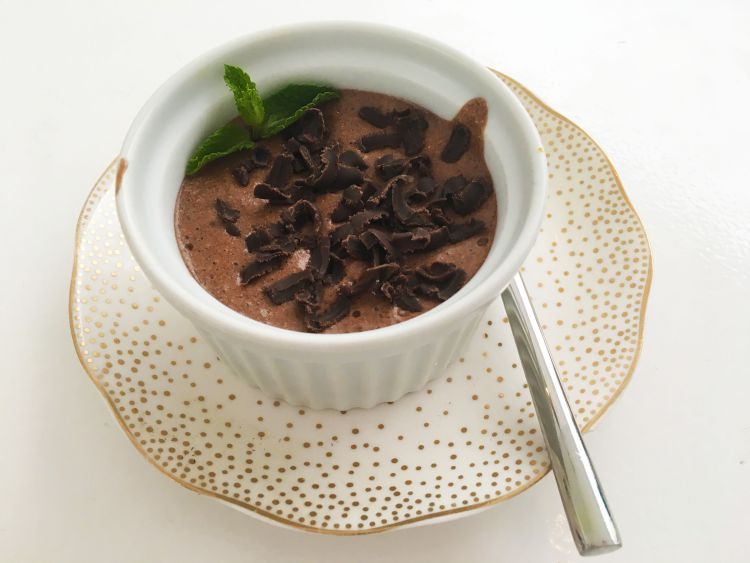 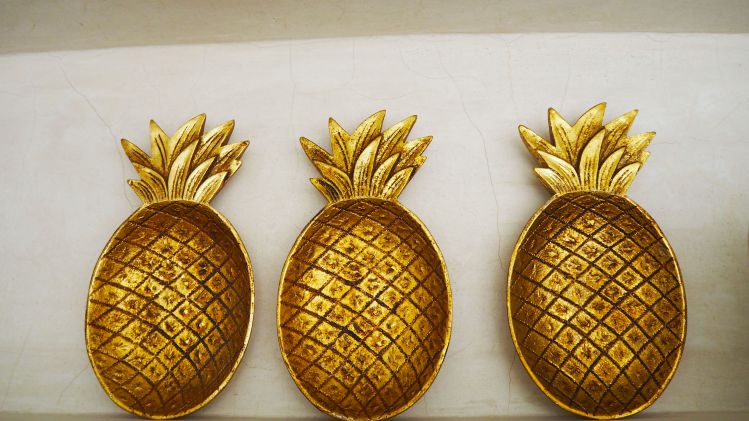 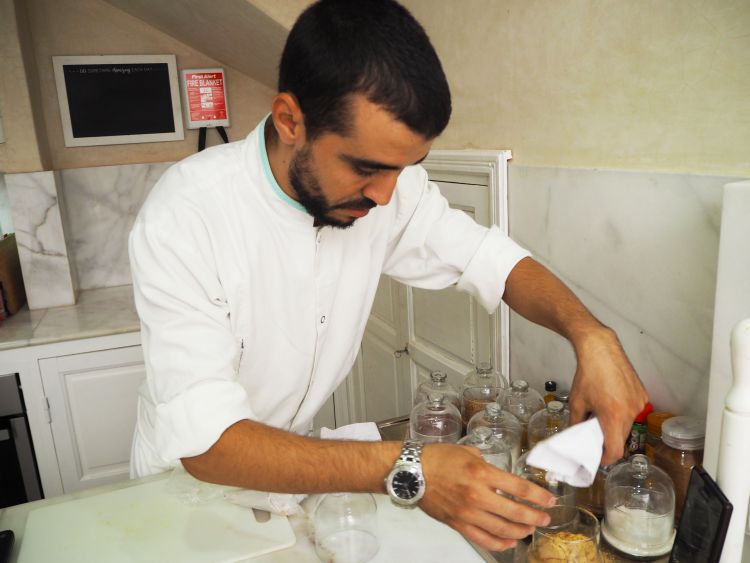 Our Chef showing us the spices

The cookery class at the Riad Star is a half day course, which is available in the morning from 9am-1pm or in the afternoon from 2pm-6pm.

We decided to go for the afternoon slot so that we could enjoy the food as an early dinner.  Our chef, Khalifa, arrived at the Riad Star at 2.10pm ( don’t expect timings to be precise – it’s Morocco time!) and greeted us with a big friendly smile and kindly introduced himself.  Our private cookery class was to take place in the kitchen area of the open courtyard in the centre of the riad.  We had to select from the following dishes:

We opted to prepare the following:

First thing first, was to browse the local markets to select the ingredients for our Moroccan dishes.  Boxes and boxes of various fruit and vegetables of all colours, shapes and sizes were displayed out in the open.  One thing I thoroughly enjoyed was choosing the spices – being able to smell all the various herbs and spices which would uplift our food!  It was unusual to see that the spices were weighed and then neatly packaged from sheets of paper (in this case, an old notebook with someone’s homework on!).  The original idea was to prepare a lamb tagine, however there was no lamb available.  So beef it was!  Once all the ingredients were purchased, we headed back to the riad to start with the preparation. 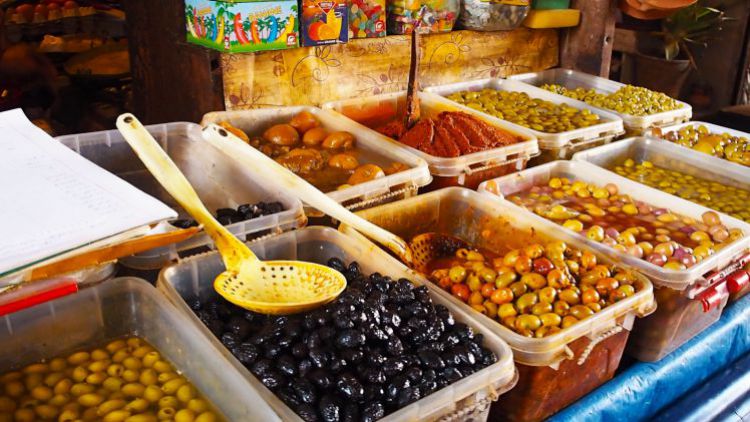 So many olives to choose from 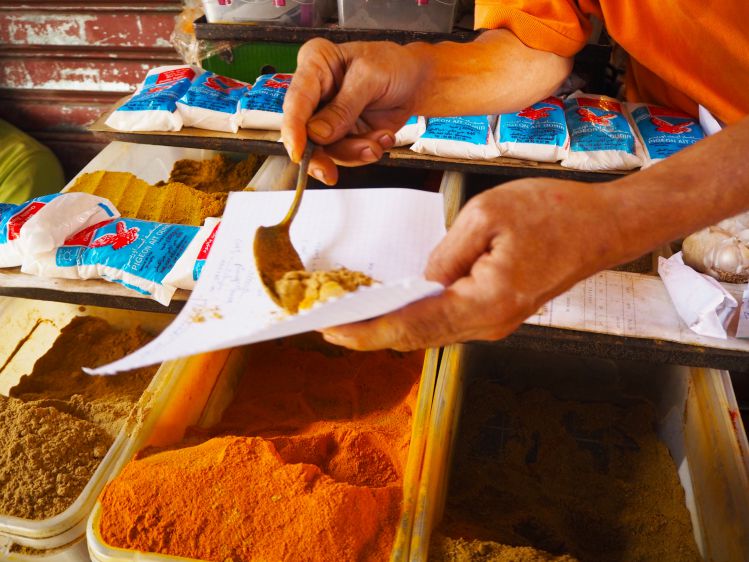 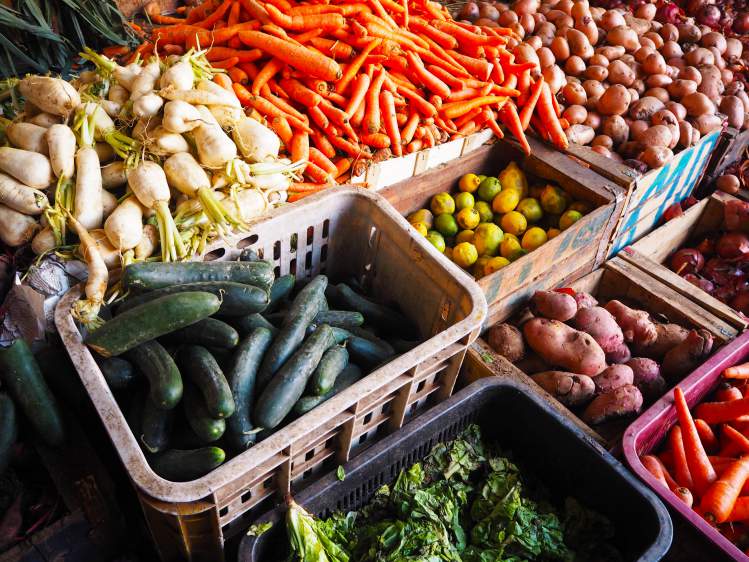 Khalifa talked through each spice with us.  Then Ian and I were given the task to chop and slice the many vegetables.  Oh my …. let’s just say my chopping skills aren’t up to scratch.  Don’t worry, I didn’t slice my finger off! 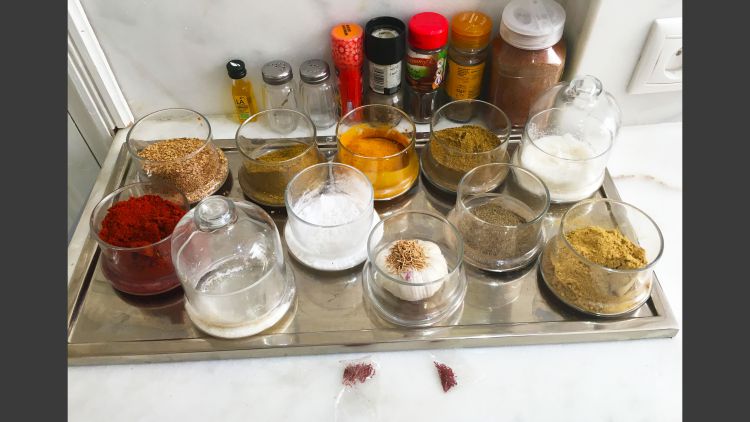 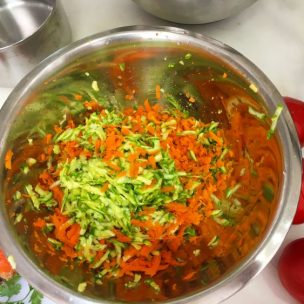 Veggie mix for the briouates 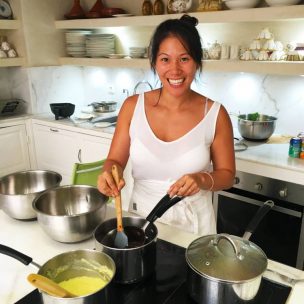 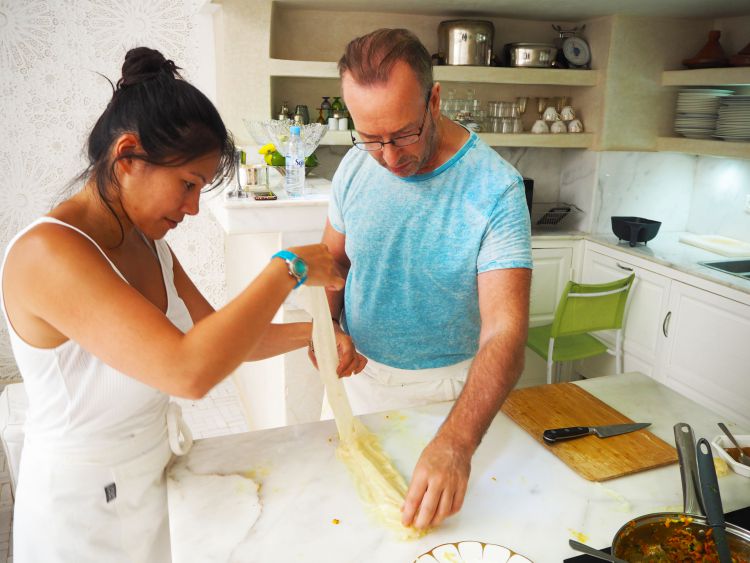 Team work to make the briouates

Making the briouates was our favourite part.  Can you tell which ones I made??  We made enough to feed a huge family. 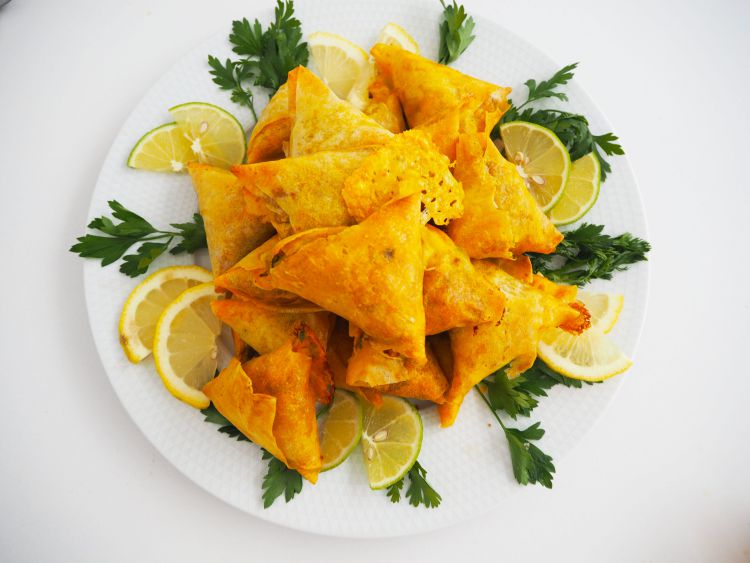 The briouates were super tasty wrapped in a light crisp pastry (similar to filo), with flavoursome vegetables and the slight saltiness of edam cheese.  You could really taste the spices coming through with the first bite.

May I say that the Taktuka and the sweet pomme purée were well made (ha ha!).  The sweet juicy tomatoes and peppers with the parsley and coriander were heavenly.  The sweet potato was ever so creamy and smooth, not a lumpy potato in sight. 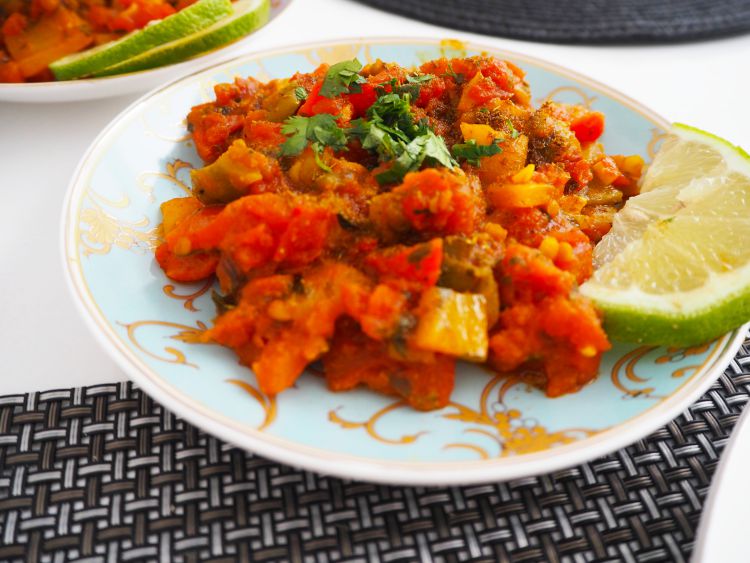 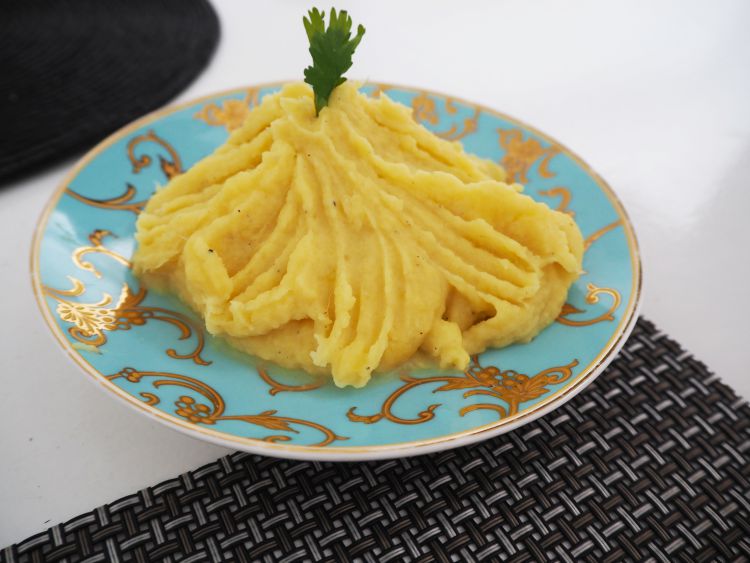 The beef took a while to soften but the end result was spectacular.  Tender pieces of beef with the sweetness from the prunes and a slight nuttiness from the almonds – the tagine was divine! 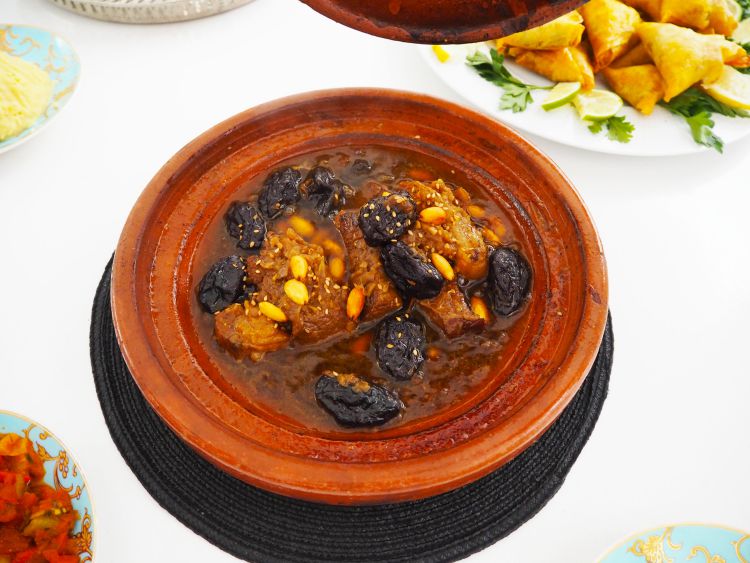 Beef tagine with prunes and almonds

The chocolate mousse was Mmmmmm!  The mousse needed a bit more setting time in the fridge, otherwise the flavours were amazing. 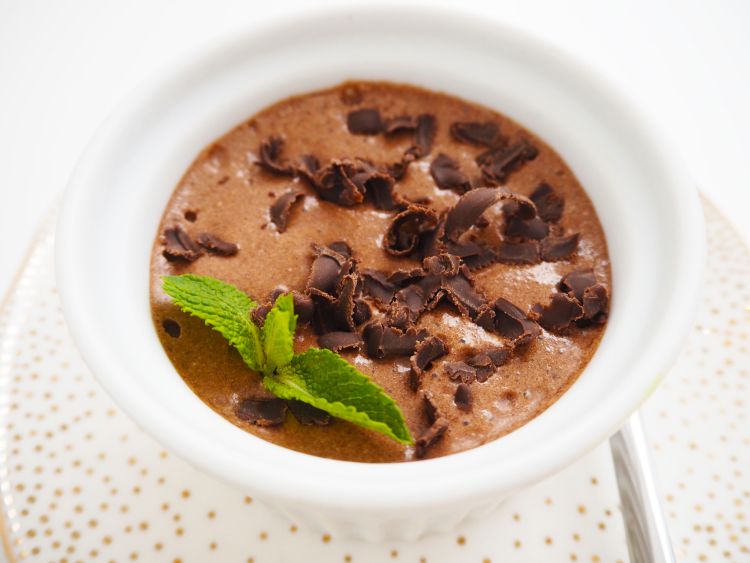 We would highly recommend a cookery class at the Riad Star if you’re visiting Marrakech.  The class was informal, ever so fun and light hearted.  The chef was very patient with us and even took photos for us.  If you want to learn how to cook traditional Moroccan dishes, then book a cookery class. A fantastic and memorable experience! 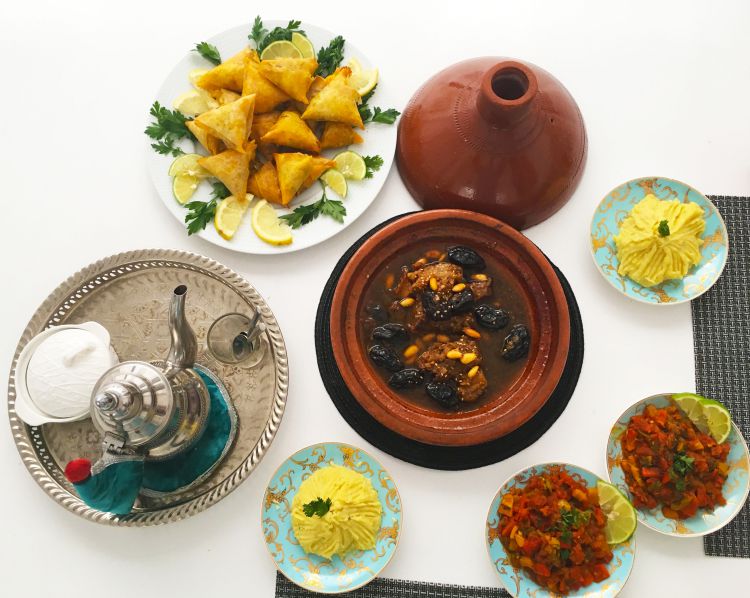 Look what we prepared 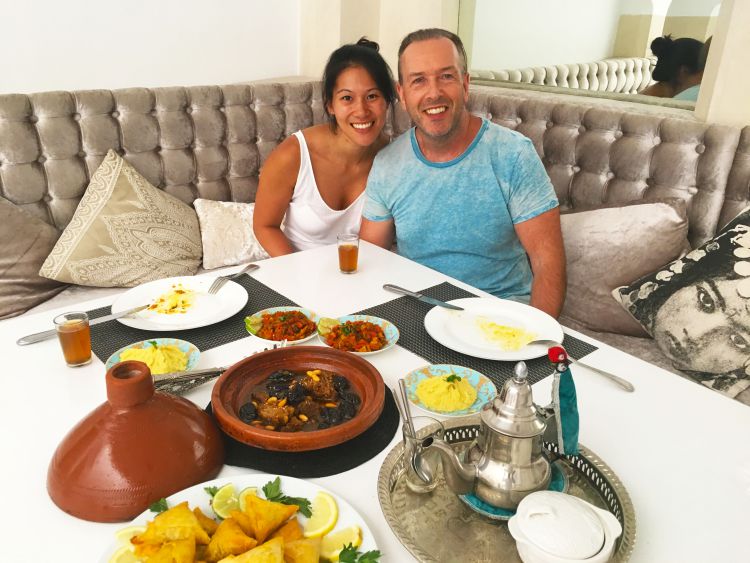 Can’t wait to try the dishes

Do you fancy trying your hand at making a Moroccan dish?  Try out the recipe below for the warm tomato and pepper salad.

Have you tried a cookery class in Morocco?  Did you enjoy the experience?

* Disclaimer: The cookery class was complimentary by the Riad Star.  However, as always, all opinions are our own. 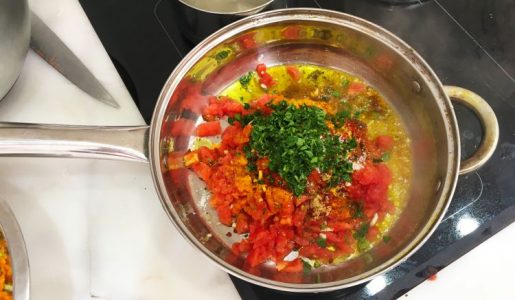 Tomatoes for the warm salad 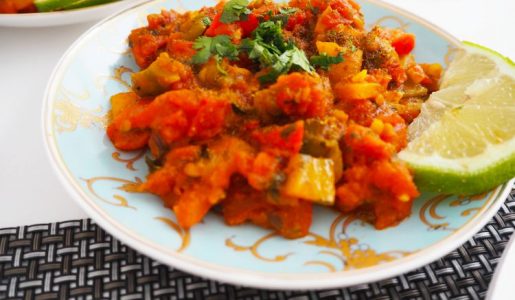 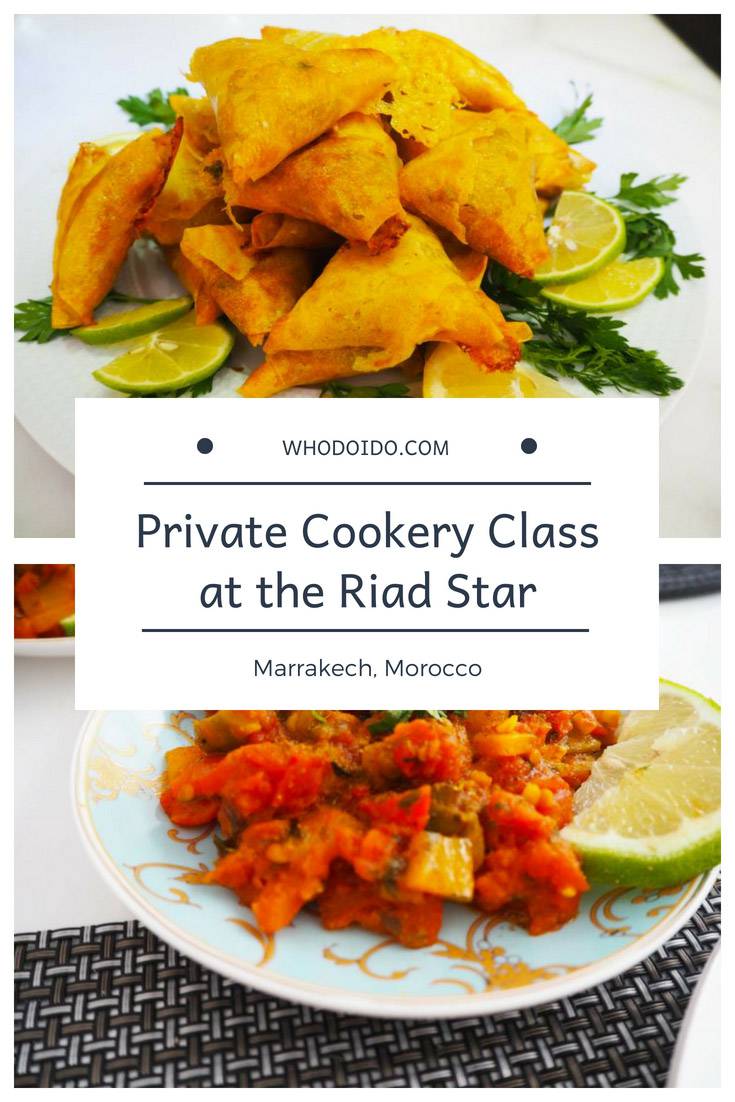 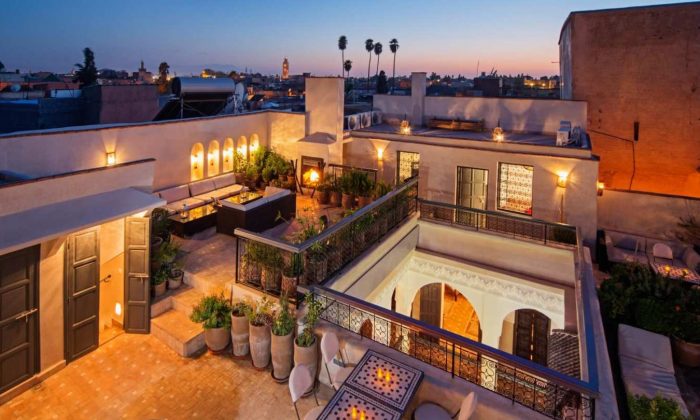 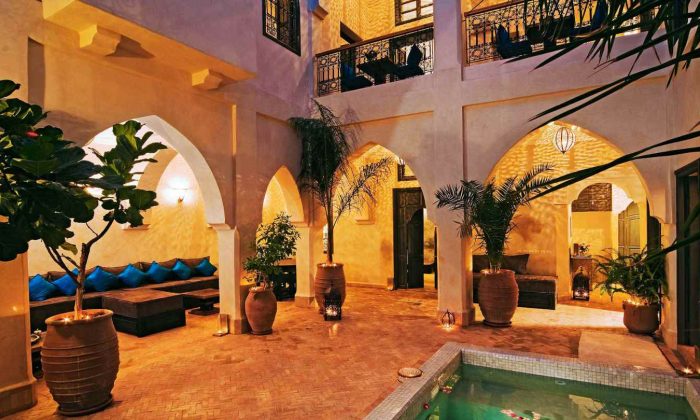 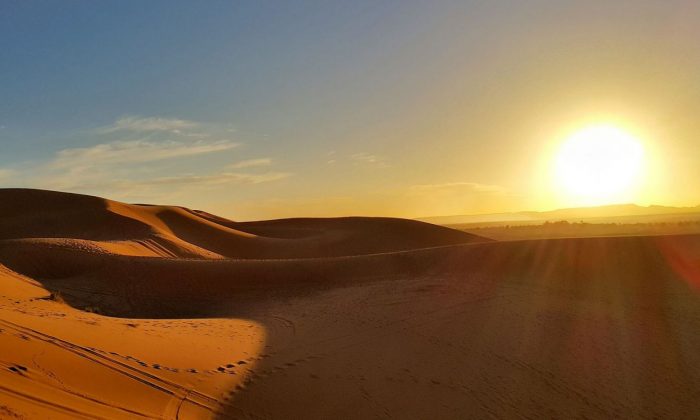 A 3 Day Adventure to the Sahara Desert 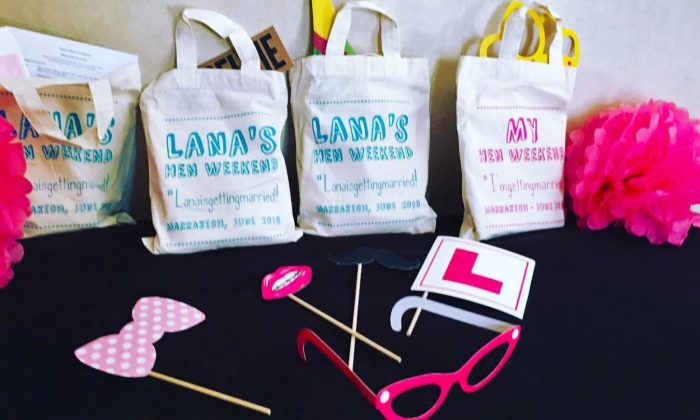 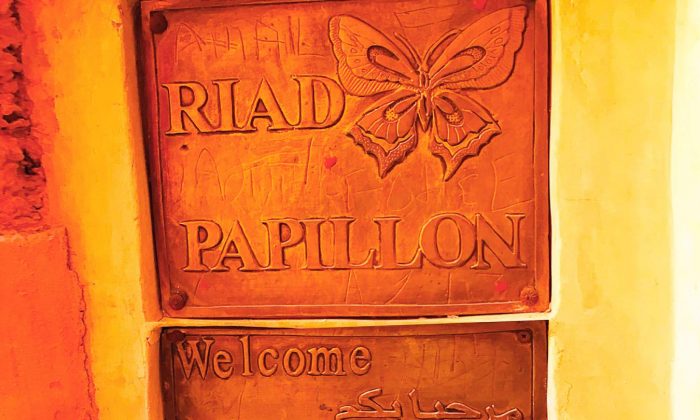 This site uses Akismet to reduce spam. Learn how your comment data is processed.

You will receive a confirmation email soon.

A Luxury Weekend Away @ The Bingham Hotel, Richmond
A Romantic Weekend in Bruges, Belgium

Welcome to Who do I do

We met via a text message out of the blue Two dreamers now sharing the same dream!

We both love to Travel, enjoy great tasting Food & live our Lives as if every day is our Last.

So please take a moment, pull up a chair, relax and follow our adventures, tips and musings as we hope to make you feel the same way too

We pride ourselves on writing posts that are honest, unbiased and true to our perceptions. If at any point we do a sponsored post this will be clearly referenced.

Check out our 'About Us' page here

Sign up now and join us at ‘WhodoIdo’
You will receive a confirmation email soon.